We are experts in cryptocurrency taxation and can help you when it comes to tax time.

We understand the jargon.

Cryptocurrency is decentralized digital money that’s based on blockchain technology. The most famous are Bitcoin (Innovated in 2008 first traded in 2009) and Ethereum

A cryptocurrency is a medium of exchange that is digital, encrypted and decentralized.

It was first designed to be a system to trade goods (buy and sell) however speculative trading in Cryptocurrencies has become a significant driver in their trading.

The best illustration of their working is the examination of how they came to be.

Firstly, they were designed to be a currency of exchange.

Secondly the were designed to avoid the traditional existing banking systems of the world.

Thirdly they were designed to operate in the digital world.

Finally, in order to gain traction and in acknowledgment of the proven secure traditional banking world they had to prove they were secure. This goal was achieved by the use of a Blockchain.

A Blockchain is simply a ledger where every record has a number and the records are updated simultaneously as transactions are entered with each blockchain member having access to the updated data. Transactions are entered into the system in ‘blocks’ but only after they are verified. The verification is undertaken via complex algorithm mathematics with the verifier receiving bonus cryptocurrency.

The verification process is undertaken by mining (proof of work) or Staking (Proof of Stake) which guarantees the security of the blockchain. Whilst verification earns bonus cryptocurrency, fraudulent mining or staking results in losses to the provider. The security within this Blockchain system is extremely high.

The verification of blocks and individual transactions entering the system can take from 10 minutes to 2 hours and requires a large computing and power resources from the verifier (thus the bonus).

In addition to earning cryptocurrency from the verification process, you can simply buy them on an exchange.

Cryptocurrencies are intangible. Ownership is like a key that allows you to move a unit of measure from one person to the next.

Presently, cryptocurrencies are not generally accepted by the majority of retailers, although their use is growing. As with cash and credit cards you will need a Crypto wallet.

The first point of note about Chrypto’s is their extreme volatility and by extension their extreme speculative risk. To illustrate here is a list of Bitcoin price variations during 2021.

Due to these large unit costs it is possible to purchase a part of one unit in crypto’s.

How To Buy Crypto's.

The first step is to choose a platform between traditional brokers and specialist Crypto exchanges.

The most appropriate platform depends on your needs in the following areas:

Once you have considered the need and benefits of the service provider you choose, you simply need to provide the funds to undertake a transaction.

Once acquired you store your crypto’s in a hot or cold wallet which is a matter of internal online or external offline software. This is critical because the Crypto’s are simply numbers (like keys) and if misplaced cannot be recovered.

Your Own (Best) Protection.

Like Cybersecurity, fraud in the crypto world is on the rise. Common sense and checking of all untested processes and following the steps below is the best defence. Once you have acquired a crypto, the internal blockchain security is extremely strong however it is the processes entering and leaving where funds can go astray.

Being a new asset and intangible, the taxation of gains made on cryptocurrency’s have tested traditional taxation theory.

The fact that it is called a currency does not qualify it as one from the ATO perspective. The technical argument being that it is not recognised as a “currency” by any sovereign government, which has now been proven incorrect with recognition by the El Salvador now in place.

However, until there is a new ruling, the realised gains made will be taxed as a capital or revenue gain depending on the circumstances. Obviously, there is an attraction for the capital gains route due to the gains being taxed after a 50% discount.

This stance is also supported by case law.

That said, if there is no income can be derived from the holding of the crypto’s then it would appear reasonable to argue that the intention in buying was a profit making undertaking meaning the gains should be treated as a revenue gain.

If trading is limited to one transaction with a cost of less than $10,000 then it may be arguable that the assets was for “personal use” and exempt from capital gains. This is tenuous with the form of personal use being educational and of general interest in a new fad. Given crypto’s are traded in small doses with many transactions this argument would be defeated if the normal trading was the score.

Crypto mining, staking and trading seems to be most successful with numerous smaller transactions. Accounting for movements is a critical area which can involve many transactions with not all transactions being simply in and out. Beside Exchange reporting, specialist software is available to assist report your activity accurately.

Crypto currency trading is a targeted area for ATO auditing and follow up.

It is important to note that they have very large resources and data sharing facilities such that non disclosure is not (and never should be) an option.

If you want to no more about Crypto’s give us a call.

We’ve got loads of blogs to educate you on everything – cryptocurrency taxation.

Select a blog to read from below!

Currently, the Australian Taxation Office is owed a record $55 billion in unpaid taxes, mostly by small business owners, with the rest being owed by private and wealthy groups and individuals.
April 21, 2022

Being a new asset and intangible, the taxation of gains made on cryptocurrency’s have tested traditional taxation theory.
April 13, 2022

Want to get in touch?

Our Perth business accountants are an experienced and committed team of tax consultants and advisors who combine their depth of expertise and experience you’d expect to find in a large tax accounting firm with the personal understanding and flexibility that only a boutique practice can deliver. 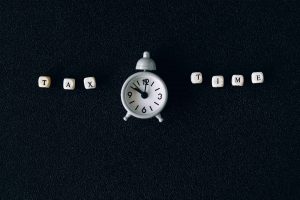 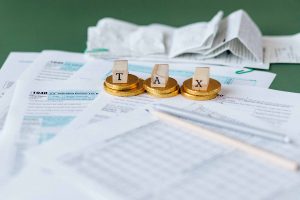 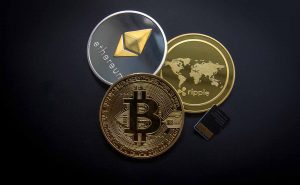